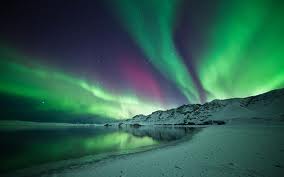 Apologies in advance. This post may end up completely disjointed with random junk plotted all over the map. There are two distinct things I’d like to wax poetic about, but (for reasons) I cannot. There are interested parties on two completely different fronts, fighting unconnected battles, which would skin me alive if I revealed recent troop movements or laid bare their battle plans.

Thus, this post will be encrypted: shot full with trickery holes, truths disguised as musings, vagueness muddying up the core ideas, red herrings squirming in the mix for good measure. Hopefully, it feels personal, yet mysteriously so. You may even feel you know what the words are hinting at. You may be right. You may be wrong. That’s the thing with ambiguity, it often tricks us into jumping to conclusions or seeing ourselves reflected. But, often, it is merely a trick of the light. Don’t fall victim to its whispers. Instead, merely float with me in the randomness of the aether.

For years now, I’ve wanted to go to Iceland. I envision this nexus of elemental beauty: I’m relaxing in a steaming pool fed by a natural hot spring, there is cold, pure-white snow on the ground, the Northern Lights are twisting like dancing ribbons above my head. It’s so utterly quiet. My breathing is the only sound. I have never experienced this in real life, with the heavens all aflame. But, someday, I will. This past Thursday, the sun propelled a solar flare in Earth’s direction. Tonight, there’s a chance I will see the aurora borealis pirouetting above my head. I’m right on the line of a “good” and “fair” chance. I can’t control whether the clouds block my view. All I can do is stand outside at 8 p.m., gaze upward, and hope the sky ignites with purples and greens.

I’m positive I’ve tweeted this in the past, and I’m pretty sure I’ve couched it within a previous post. I love the stacatto line in Jay Brannan’s The State of Music: “If I don’t know who I am, everyone will tell me.” I’ve never had much of a problem with knowing who I am. That doesn’t mean I’ve always fit in. Usually the opposite has proven true. Being both creative and stubborn doesn’t sit well with everyone. My belief is that it unnerves the more square among us. They sense something alive and powerful, perhaps something they do not have, and they fear it. Or envy it. But those who appreciate such a combination–normally because they nurture the same within themselves–are my instant companions. Those shining souls are who I choose to surround myself with. The more sparkly and full of  twisted, beautiful vision, the better.

It’s real easy to say, “I want a pony.” I suppose some folks get ponies all the time. Some people have to build bigger stables to hold them all. Over the course of my life, I have had a Shetland or two tied to the hitching post, but mostly I’ve been content to live without something  so frivolous. Every pony I’ve ever had came to me because I went out and lassoed the little fucker with my very own rope. In recent weeks I have been responsible for making others’ pony dreams come true. And they want flying ponies one day, then invisible ones the next. There is a lot of work in the finding, the research, the negotiation, the transport, the boarding, the continual care, the loving. Yeah, it’s real easy for some folks to say, “I want a pony”, and then have that baby horse magically appear. The thing about ponies like that is, they are so easily forgotten and neglected. And the cute little ponies always grow up.

I like to follow breadcrumbs. They can be digital, or mental, or physical; I’m not picky. I enjoy connecting the dots, following the string, reading the signs. Sometimes, I end up dead-wrong and utterly lost. That’s okay. Because, other times, I find the treasure.

Beyond Iceland, I have a long list of things I will do. Hang-gliding is one of them. I’ve checked skydiving, bungeeing, and ultra-lite flying off my list. I was so close to hang-gliding 2 summers ago. As part of a vacation where we made the journey the actual trip, a gliding experience was one of the scheduled stops. All was set. I would leap off a Tennessee cliff with an instructor at my side. The day before, he let me know that the wind forecast looked adverse, but he’d keep his eyes on it and let me know. Later that night, he broke my heart. The wind was going to be strong–which was good. But it was blowing sheer to the face–which was bad. The jump was cancelled. So my companions and I trucked onward to Hiddenite, NC and sluiced for emeralds and sapphires instead. I still want to hang-glide. Soon. But  right now, I can go open a little velvet bag and pour out the most amazing collection of semi-precious stones that I sluiced from a cold creek.

Well, that ought to be enough ambiguous story time for one day. I have gems to find, ponies to lasso, and flammable skies to [perhaps] bask in. 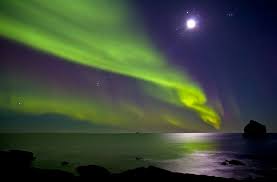 If you’re wondering, only 1/4 of this is in anyway connected to the writing slice of my world. PRO TIP: Out in Twitterland, or on Facebook, here are two secret cues you can use to know that something awesome [but unspeakable] is going down on the writing front. 1. If you see this: *things*, then yeah, that’s referring to mega-cool writing shit. 2. If I tweet or post the song “Lucas With the Lid Off”, then you know some kind of amazing has landed. Follow the breadcrumbs. Or the dancing ribbons. Or the white rabbit. Or whatever.

10 thoughts on “When the Sky Catches Fire”