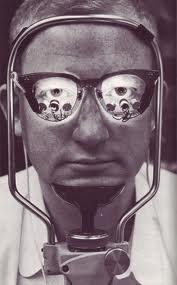 I barely had FREEBORN written before opportunities to throw it into a few contests arose. There is a *possibility* that the manuscript may not have been completed when I entered it into at least one of them… I’m not confessing anything here. I’m simply stating a basic rule of probability. So, before I have submitted a single query, these are the contests FREEBORN has entered:

I believe that’s all of them.

What’s interesting about the contest process is that it offers a laser-like focus on honing the pitch and getting feedback on it BEFORE querying begins. The process is highly recommended.

As for the YALitChat pitch Slam 2, there are two more agents who have yet to make their initial sweep. [UPDATE: I HAVE ADDED THE COMMENTS FROM THE REMAINING AGENTS.] The comments on the entries vary from “full of trope”, “you might want to work on a different project instead because this premise is played out”, “amazing pitch”, to “please send me a synopsis & the first 50 pages”. Here are the pitches I entered and the feedback so far:

The squirming in Katia’s gut means two things: she is infected with the dreaded parasite, and her boring life as a sixteen-year-old clone is over. She knows she should obey the Surgeon Generals and submit to their treatment, but claustrophobia has a way of pushing Katia to do crazy things—like accepting Adam’s invitation to a safe house full of infected rebels. As Katia’s stomach swells, she experiences feelings she has never known, discovers the truth about the parasite inside her, and joins the rebels in their insane plan to shift the power. The Surgeon Generals are proficient at ending the little uprisings that threaten their illusion of peace. Only, they have never been faced with the plan Katia and Adam are involved in—one that seeks to infect every man, woman, and child on the planet with the Freeborn parasite the leaders are seeking to destroy. Katia’s fear of tight places is nothing compared to her fear of what will happen to every clone in the world, herself included, if she and the other rebels should fail—or even more so if they succeed.

This sounds like stone cold scifi. Love it! Great work on the pitch.

Very interesting. Some reservations about Alien comparisons or worms being good things but…it would get me to read on.

The first sentence is a bit weak. What dreaded parasite? Is it the Freeborn parasite mentioned later? What does this parasite do—or at least what do the Surgeon Generals say it does to people?

Also, why would her claustrophobia keep her from seeking treatment? Right now it feels like an unnecessary trait tacked on, so make us see how it applies to the story.

If you can incorporate those things, your pitch will be solid.

Capritare flexes his furry legs, clacks his new hooves against the stone floor, and hopes that in cycle two, he’ll get a big rack of antlers, or maybe even wings. Perhaps he shouldn’t worry about such a trivial thing since the three Ogen have made their expectations crystal clear. These seven cycles present his final opportunity to reach completion. Capritare vows to fight with passion, explore every nook of the colony, deal with the random appendages attached to his adolescent body, and—somehow—even find love. Although he failed miserably in his previous nine-hundred-ninety-nine lifetimes, he always knew he’d get another chance—and then another. If he screws up this time, there is only one thing waiting for him on the other side of failure—absolutely nothing.

Reply by Pam van Hylckama Vlieg
Your stuff is just so weird! I love it.

Reply by Tamar Rydzinski
This is kooky in a good way

Definitely kooky. I need a tad more grounding in the first 2-3 sentences that tell me more explicitly what’s going on, but otherwise, good tone and voice.

Reply by Michelle Witte
You’ve definitely got talent as a writer, but like Elana, I need a bit more info to be fully grounded. I can envision Capritare, but not his world, the other people/creatures there, or his place within it. Give us a firm sense of what he must do and how, and you’ll be golden.

I would [of course] prefer instant requests, but these comments are greatly appreciated and encouraging. They also lead into the second part of this post, which is expression of my goal for writing in the first place and what I believe my Brand is: YA Weird.

I can’t fathom wasting my time on the rehashing of a story that has been told before. Apparently, some authors seek that as their goal: to tap into the next big trend, or ride on the wave of a current one. Eff that. I want to write my own stories and create my own tsunami. I have additional encouragement on that front as well. It comes from a Twitter feed from earlier this week. #AADA or “Ask A Drunk Agent” hosted by my platonic-agent-crush: John Cusick.

Questions were flying as aspiring authors attempted to take advantage of a slightly “tipsy” agent willing to be candid with his answers. Many random things were discussed along with publishing–including this out-of-context tidbit: ‘I hear if you put your scabies in a box of rice, they will dry out.’ – If you get the reference, welcome to the fanclub!

Back to my ‘Brand’ of YA Weird. Here are the relevant Tweets from the hugely entertaining and insightful #AADA session.

@johnmcusick Prognosticate for us in your stupor? The mss you would love to see 6 months from now would include…? #AADA

@gypsyroots @johnmcusick Luckily there is always a fair amount of weird out there too. I think you are still in good shape. 🙂 #AADA

@johnmcusick @SnowmenWrite YA Weird is my genre. The issue is pulling back from a LitFic vibe w/o going too simplistic w/ the writing. #AADA

I will always* [*While a definitive statement is being made here, I retain the rights to amend it at any time if I so choose] bounce around within the walls of Fantasy and Sci-Fi. The reason: those walls are nebulous and permeable. They span wide and allow for universe-sized tanks of breathing room. Anything can happen in that space. And that is the perfect breeding ground for the storytelling of John Lucas Hargis–author of YA Weird novels.

[Let me throw in a shout-out to @fizzygrrl http://fizzygrrl.com/ & @christinaferko http://christinasbooks.blogspot.com/. They are amazing up-and-coming authors who were involved in the #AADA conversation, but weren’t part of the specific conversation used in this post. Much Twitter & website love to all the @s in this post!] 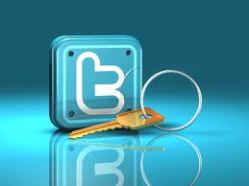 Understatement: I’m excited about this.
Disclaimer: I am stretching this post out to include a Twitter-teach along the way.

Yesterday, I spent 6 hours monitoring a Twitter feed. Brendra Drake, along with a a couple other hosts, organized the Writer’s Voice Twitter Party. The full rules for the contest can be found here: http://brenleedrake.blogspot.com/

[I’m going to pop in the bracket explanations for those of you who are still working on your Twitter savvy. I know you’re out there. Don’t be embarrassed. I’ll help you. 😉 ]

The contest involved tweeting a pitch for a novel using the imposed 140 character limit.
[A Tweet is simply a post–similar to a Facebook update. If you don’t know what that is…oh my…]

The hashtag #WVTP was crucial to the contest to feed the tweets into the correct stream where agents would be lurking.
[A hashtag is simply a label. Hashtags serve as funnels to carry updates from anyone using them into a common folder. By searching for a hashtag, you can see the Tweets of others with similar interests.]

So, out of techie world, and back to the experience itself.

The timeframe for the contest was 12-6pm. Literary Agents trolled the stream during that window. Aspiring authors submitted their pitches in hope of having one of the agents ask to see the manuscript. Basically, it served as a way to get the idea of a book in front of many agents at once instead of sending tedious, individual query letters.

At noon, the #WVTP stream exploded as authors began submitting their pitches. It was insane. Trying to read each pitch was difficult because so many were flooding in. The screen kept scrolling as the new entries stacked on top of the previous ones. The hashtag was used so much in such a short amount of time that it began ‘trending’. [In other words, it became popular since so many Twitterers were using it.]

That’s when the steady influx of SPAM messages added to the melee: “enhance your penis size”, “can this be real”, “I can’t believe they let me post this”, “come see what everyone else is seeing”, “make 10k a week from home”. The nude avatars and constant posting of the SPAM started as a novelty, became an annoyance, and then pretty much made the pitch-reading impossible.

Enter: http://www.tweetdeck.com/beta. [Oh no, more brackets…TweetDeck is a secondary program that can be downloaded free. It serves as a dashboard for your personal Twitter feed and is outstanding for organizing tweets from users all over the world into easy-to-read columns. It’s like a digital filing system for all your Tweet interests.] TweetDeck contains a filtering function. With a few keystrokes, the file extensions for all the SPAMmers’ links could be weeded out of the feed. Voila! Back to only pitches and agent/host comments.

Then the fun began.

I pitched both FREEBORN and CAPRITARE when agents were present on the feed. No bites. So I started rewriting the tweet-pitches to focus on different aspects of each story. You know: put more hooks in the water, try different bait. My reworked pitches for FREEBORN took on many forms by zeroing in on different elements: Katia, Adam, their relationship, the Surgeon Generals, the clones, The Candystripers, the mission to overthrow the government, gender issues, the virus, spontaneous pregnancies, etc.

Then, fifteen minutes before the contest was to end, Agent John M Cusik http://johnmcusick.wordpress.com/ pointed out he was looking for Young Adult novels. Now, the vast majority of the pitches were for YA. Only, we couldn’t spare the characters to include those two little letters. I reworked the pitch [again] and sent this one blazing into the feed:

YA The Surgeon Generals are liars. The lives squirming inside Katia and the other clones aren’t parasites. They’re bastard Freeborns. #WVTP

I waited. Then a Direct Message [not a mass Tweet, but a message sent directly from one user to another] popped up in its column on my TweetDeck. Here’s what it said:

Sweet! So, John and I chatted a few direct messages back and forth. Apparently, he didn’t know it was YA until that Tweet. Also, he noted that sometimes persistence is the key. It damn sure was!

I have already received my instructions on how to bypass the slush pile and send the full manuscript for FREEBORN directly to an agent who asked for it. This is a great opportunity. I have not even queried FREEBORN yet, so the Twitter Party was it’s first foray into the larger world of publishing professionals.

Understatement: I’m excited about this.