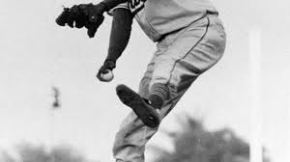 I am so not a sports fan. At all. But, you know, the post title…

I have committed to honing the pitch for Phreak Show before drafting it, as opposed to after. My theory is that this will help me boil it down to the basics before I start muddying up my own brain with all the details that are about to go down on paper.

Here it is. The latest version. Comments & feedback welcome.

When Tera sees through the 605 pounds of fat smothering Twiggy the Blubber Girl, and finds a hurting teen beneath, she knows something’s crazy-twisted with the Last American Phreak Show. The powerful Phineas is enslaving the acts by using their own warped self-images against them.

Tera can’t just keep her mouth shut and walk away. Sacrificing her own sorry excuse for normality, Tera joins the sideshow—becoming a phreak herself. She quickly learns she’s powerless to set the others free. She’s just as effed up as they are. And the gawking, taunting rubes at every performance along the show’s route reinforce the painful lies holding them all captive.

Only by banding together can the troupe withstand the clashes with the locals, and become strong enough to break free from Phineas. But internal jealousies, insecurities, and tangled relationships pit the freaks against one another. Even when the ragtag group feels like home, a nagging truth gnaws at Tera: they will each have to confront the scary, powerful phreak lurking inside their own skin. Alone. Freedom won’t be won with fancy costumes, slick talk, and sideshow tricks. The battle will be fought in a much deeper place.

Being a phreak isn’t about looks. It’s a frame of mind.

This is probably version #10 out of a possible #3,000. That is to say, apologies in advance for all the future versions you’ll have to suffer through. As a ‘Thank You’…
The MC, Tera, gets her name from Teratology–the study of monsters.

4 thoughts on “And He Winds Up the Pitch”