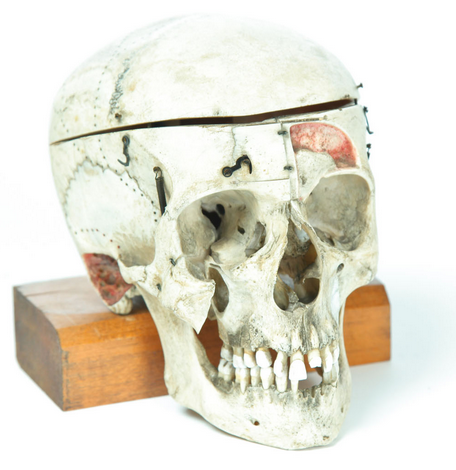 Isn’t Reginald rad? I just won him in an auction about 10 minutes ago. I know some folks think it’s weird/creepy/macabre to own, like, a human skull. But think about it: we all have one. And, once on display, skulls live on as art.

This specimen is hand-painted and was used to teach medical students. The cranial cap is completely removable. The lower half is bifurcated lengthwise and the halves split apart. There are other sweet cutaway sections held together with springs, hooks, pins, and hinges. Inside, there is more painting detailing the major arteries and veins.

This is the 5th skull I’ve temporarily owned long enough to sell. I’d gladly keep & display them all, but, believe it or not, they are highly sought after items. Reginald’s great condition, painting, movable parts, and display case means he’ll easily double my money (and possibly triple it.) Reginald is an investment.

He’ll go up Ebay this coming Monday or Tuesday.

So weird? Maybe.
But also cool as hell.
And ~cha-ching~ collectible. 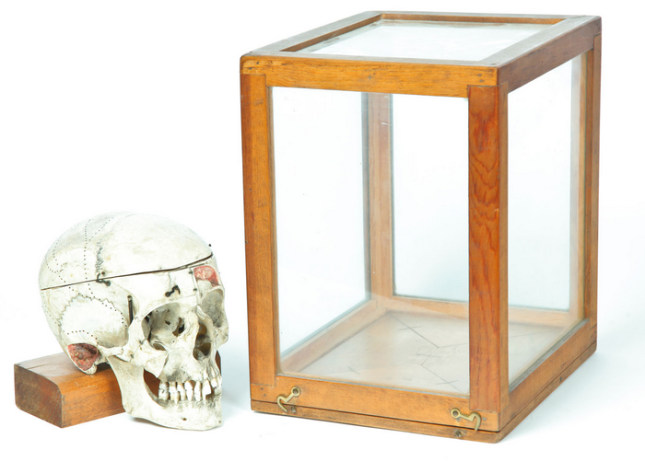